What three most important pieces of advice on personal safety can you give to your English-speaking friend on a visit to Moscow? Use the internet.

Foreign visitors may have a problem if they

- are not careful enough on the street

- attract too much attention by noisy behavior

- do not have on them their ID with registration

- are inattentive to their bags and pockets

Read the text and match the paragraphs with the headings

A Exhibitions to all interests

B Reality and fantasy

D Before and after

G Place with many secrets

1 This address is familiar to most Muscovites and is known across our great country. However, few people know what is really happening at Petrovka, 38. The secret is very simple. Behind these walls hard work of a huge number of people is being done round the clock. Originally, it was a city house but in 1917, the building was given to the Moscow police.

2 The history of criminal investigation in Moscow is very long. During the Tsarist time, Moscow detectives were very active and gathered much experience. When in 1917 the bolsheviks came to power in Russia, crime rate was on the rise and the experience of Russian detectives helped a lot to train young police officers who began their fight against criminals.

3 A long and dramatic history of Moscow detectives is presented at the Museum of History of Moscow Criminal investigation (MUR). The museum has many unique exhibits: the tools that criminals used to commit crimes, the secret locks that they could open in a second, the weapon, fake money and many others. A special exhibition tells the visitors about the heroes who lost their lives fighting against crime.

4 The museum helps everybody to see some detective legends in the new light. Soon after the Great Patriotic War was over, there was not a person in Moscow who did not hear about the gang called the “Black Cat". The gang terrorized Muscovites. The Vainers brothers wrote a remarkable novel and the film director Govorukhin produced a cult film "The meeting place cannot be changed." In fact, this bloody gang never existed.

5 The museum guides tell us the story of what really happened. The "bandits" from the "Black Cat" were teenagers who decided to crack a joke and to scare the neighbor. They wrote him a note with a threat. They wanted to look like real bandits and made themselves tattoos in ink. Under their scribbles on the note to the neighbor, they drew a black cat and became famous in no time.

6 The rumor about the mysterious "Black Cat" spread across Moscow very quickly. It became a sensation and a "brand" for the journalists. For some time it was even fashionable for some Moscow teenagers to scare each other with notes showing a scary black cat. This fashion ended soon after police made several arrests of silly children and the teachers warned their pupils not to be stupid.

7 As for the Weiner brothers and their literary success, they simply used the big name to call their story and the gang prototype made their fiction especially popular. The book was selling like hot pies. However, there are differences with reality. The gang leader was not a hunchback in his 40-s, but a tall young man who wanted fame and could not think of a better way of becoming famous. The police arrested him, of course.

Complete the story map with short notes. Then speak from your notes.

Rate the reasons of teen vandalism in the order of importance (see fact file). Then share your opinion with others and have a group discussion.

keep teenagers away from boredom

Think. Look at the photo and describe it. 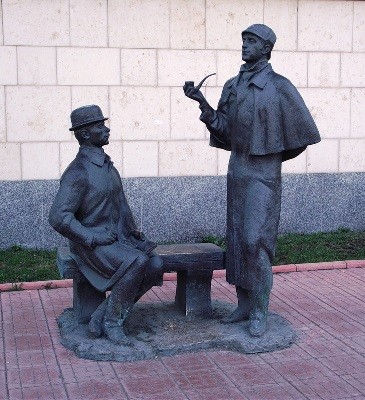 Use the internet to find the answers to the following questions:

1 In what city is there the only monument to the legendary detective and his assistant? (only in Moscow and nowhere else in the world)

2 What two Russian actors made the film about Sherlock Holmes famous throughout the world? (Vasiliy Livanov and Vitaliy Solomin)

3 Near what embassy was the monument to Sherlock Holmes and Dr. Watson opened in Moscow? (near the British Embassy)

4 What award was given to Vasiliy Livanov by the British queen, Elisabeth the Second? (Order of British Empire)

Now, write a few sentences about the monument to Sherlock Holmes and Dr. Watson in Moscow. Follow the steps:

- write about the actors

- say about the popularity and the award.

Look at the photo and comment on it from notes in the Fact file. Use the internet for more details. 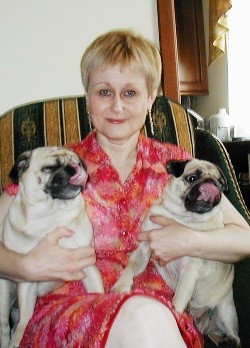 Work in pairs Imagine that one of you is a journalist from the British newspaper The Guardian who is going to write a newspaper article on safety measures in Moscow schools. The other answers the journalist’s questions. Change roles.

Journalist: Hello! I am … , a reporter for the British newspaper The Guardian, and I would like to ask you a few questions about school safety measures in your school.

Journalist: Why are the teachers and parents concerned about school safety?

Journalist: What do parents do to make sure that you are safe?

Journalist: What does school administration do for you to be safe?

Journalist: What should you do yourself for your own safety?

Journalist: What dangers can children face on the way to school and back home?

Journalist: What one piece of advice can you give to your friends for their safety?

Journalist: This is the end of our interview. Thank you very much for your cooperation.

Fill in the gaps with the proper grammar form of the capitalized words.

It is a tradition for Muscovites to take part in the subbotniks at the end of April. This spring a traditional subbotnik (HOLD)  in all the Moscow parks. The participants (ASK)  to help with the spring cleaning of the city parks. The visitors to the park will enjoy music programs, quizzes, culinary master classes and other entertainment. It (EXPECT) that about 25 thousand people will take part in the events. Everybody (GIVE) gloves, aprons and all necessary equipment - rakes, brooms, garbage bags, brushes for sweeping the roads, and the shovels to plant new trees. In large parks several sites will be organized for subbotniks. A complete list of parks for the subbontik (PUBLISH) later. On the same days the subbotniks (ANNOUNCE) in many places of the city, including the yards, public squares, children’s and sports grounds and other territories. Everything (PUT) in order.